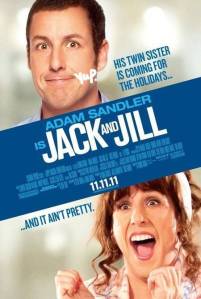 A quick article about actors playing two roles in a film

With Adam Sandlers new movie Jack and Jill released, I was thinking about actors playing two parts in the same film. Does it ever work? In the case of Jack and Jill I couldn’t bring myself to hit the cinema to watch it. The trailer was hard enough to watch. I mean Adam Sandler playing is own sister and all he does is puts on a wig and talks with a high pitch lisp. Sends shivers down my spine. Also this is an American “holiday” film. Released in November over there and takes in the whole winter festive season. Just what we need in February! It also has a Rotten tomato rating of 3% (www.rottentomatoes.com) so I am going to give it a pass. If you want to watch the trailer I post it below (Good luck!).

So is that it? Are there only two films to try this? Are there no good films where the actor plays more than one part?Well…. not many but there are a few. For starts all the Monty Python films have each member playing several roles. Then again they did that on a weekly basis on the TV so  it may not really count.So what other films come to mind that use the same method. Well the first that came to mind is Eddie Murphy in the Nutty Professor where he plays the Klumps. Basically after the first film someone decided that fat suits were funny and gave a massive budget to the production team for more of the same in the sequel. But you already have the fat suit from the last one. What to do? Ah! Eureka! Lets make more characters for fat suits and buy a few more of different sizes. They then got on to the phone to Eddie Murphy asking if he could come up with more fat suit characters. And did he deliver! Old fat man who farts, old woman who farts, child that farts etc. It’s not a classic but the Nutty Professor has its child film charm I suppose. This may be the problem with Jack and Jill, that it has no identity. Is it a comedy? Is it a kids film? A family film? A frat boy film? God knows!

The one that breaks the mold is Peter Sellers in Dr. Strangelove. The film is one of my all time favourites and doesn’t make 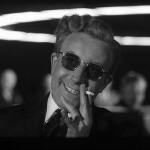 a big thing out of Sellers playing three of the main parts. Of course he plays the Group Capitan, The President and Dr. Strangelove himself. This is not because of a gimmick but because Columbia pictures would not finance the picture if he didn’t play at least 3 main roles. So it’s not cause Sellers would be funny playing three roles but because they were so impressed by his acting, they didn’t want anyone else for these parts. The fact it was not a comedy device makes it very different from the two films above.

So can a comedy work with this formula or will it always fall short. No. There is one film franchise that I love and one actor again plays three main characters. This being Mike Myers in the Austin Powers films. Here Myers plays the two main characters Austin and Dr. Evil, and one support part as Fat Bastard.  I suppose it is pretty obvious that it’s the same actor but I don’t think you are aware of it when watching the film. You dont suddenly think “isn’t that funny the same actor talking to himself”. Unfortunately that seems to be the main hook of Jack and Jill. The joke is that Sandler is talking to himself in drag, Nudge nudge wink wink. I think most folk just wished he had just kept that to his own bathroom mirror and not across our cinema screens.

Anyway. In conclusion, for this ponderous and not well planned out article, I feel that the actor playing more than one role can work but it needs a special mind, who has excellent comic timing and is able to bounce of dialogue which can’t be done live. In this film they cast Adam Sandler.